Peptides are short amino acid chains connected by peptide bonds.  You might also have heard them called “small proteins” since most peptides contain 50 or fewer amino acids – but they sometimes feature long peptide chains, known as polypeptides.

Medical researchers and scientists often use synthetic peptides to understand interactions between peptides and proteins – they can examine how peptides function and sometimes even synthesize certain peptide chains of proteins.

This aids understanding of hormonal signaling, which takes place when secretin (part of the peptide family) carries out growth hormone releasing factor (GRF).

To access human growth hormone (HGH), a doctor must prescribe it to you because you meet the medical conditions outlined by the FDA. 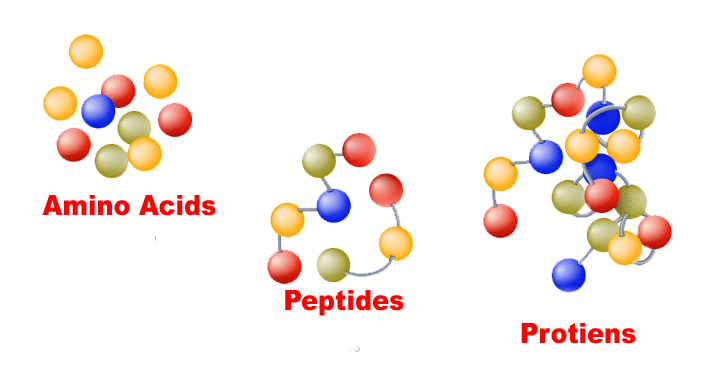 As people get older, their secretion of somatotropin, a HGH released in the anterior pituitary gland, decreases. The decline of HGH with age is known as the “somatopause.”

Even worse, there are some links between HGH decline and serious diseases.

By using a specific peptide linked to the pituitary gland itself, it would be possible to rejuvenate it.

In 1960, Dr. Seymour Reichlin (1960) began studying hypothalamic HGH regulation. His work found that the hypothalamus (part of the brain) had a connection with HGH secretion, too – and most importantly, that it was possible to restore the function of the pituitary gland.

Shortly after, researchers discovered a somatostatin (SS) HGH inhibitor – they believed that if such a substance was possible, there should also be a similar hormone for promoting growth.

A few years later, they found and sequenced the growth hormone releasing hormone (GHRH) which was successfully identiﬁed and sequenced.

In 1982, Rivier et al found that GHRH in pancreatic islet tumors promoted HGH hypersecretion. This proved that animal tissues aren’t necessary for hypothalamic factors. Because there were various structural forms of GHRH in the pancreatic tumors in hypothalamic tissue, Ling et al believed there may be further peptides in brain tissue.

Since then, researchers have also discovered the Growth Hormone Releasing Peptides 2 and 6 (GHRP-2 and GHRP-6).

Both GHRP-2 and GHRP-6 are growth hormone secretagogues (GHS).

Anyone going through the somatopause or experiencing symptoms might be able to benefit from using growth hormone releasing agents like peptides. This can help tackle diverse conditions related to age, like weight gain and muscle loss.

Hormone replacement therapy (HRT) can replace or work alongside other methods, like weight loss therapy.