Human Growth Hormone: Does It Really Speed Up Your Injury Recovery Time?

Human Growth Hormone: Does It Really Speed Up Your Injury Recovery Time?

Human growth hormone (or HGH) is a topic that spurns a lot of conversations between bodybuilders, with each person having their own view of whether it’s good or bad. For some bodybuilders, it’s the best kind of steroid available. For other people, the cost does not outweigh its benefits.

Many people use HGH to recover from an injury. HGH isn’t like other steroids, as it can help with the growth of many bodily systems such as the muscular system, skeletal system and even organs.  HGH does not, however, affect the brain or eyes.  It can, however, help certain easy-to-injure body parts to recover while also becoming stronger and bigger. These body parts include the tendons and ligaments. 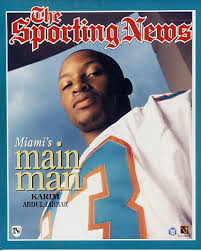 Abdul-Karim Al-Jabber is a former NFL running back who played from 1996 to 2000 with the Miami Dolphins, Indianapolis Colts and Cleveland Browns. At the age of 10, he underwent hip surgery, which leads to structural imbalances.  Due to his hip problems and the hits received while playing football, he began to experience serious knee issues.

Al-Jabber had surgery twice to correct the problem, but both were unsuccessful. After several years of playing, it was reported he no longer had cartilage, and half a meniscus in the injured leg.

Although controversial, Al-Jabber had a Miami surgeon begin injecting HGH into his knee every two weeks with the hope that the cartilage would grow. Some growth was detected but not enough to permit it back into the NFL.

Al-Jabber is currently a personal trainer and works out when he wants.

Do The Risks Outweigh The Benefits?

There are some serious risks to using HGH. For instance, it can cause the condition acromegaly, which increases bodily system sizes such as organs, bones and muscles. The more HGH that’s consumed, the higher the chance of experiencing the negative effects of the condition. A system that’s bigger than the body can handle can become impaired. The possibility of shrinking them in size may be unlikely.

It’s important that you have a healthy, balanced diet before taking any supplements for the healing process. What are some of the things you can do to help your body recover from an injury?

With proper nutrition, you can then use over-the-counter products with HGH in them – a far less expensive option to getting black market HGH – that may not cause negative side effects such as acromegaly. If you would like to speak to a professional about HGH, please fill the form on the right side.