Lipotropic Injection: How Can This Help Your Body Burn Fat

Lipotropic Injection: How Can This Help Your Body Burn Fat 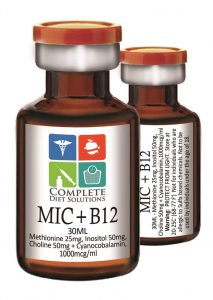 People who get the lipotropic injections may receive two shots a week, with healthcare providers suggesting vitamin B-12 supplements to aid and speed up the metabolic processes. It also helps to boost the energy a person feels.

It’s believed that taking B vitamins along with lipotropic can increase the fatty tissue breakdown process. For that reason, the two are usually used in the same treatment injection cycle.

How Do These Injections Work

When the amino acids are injected into the body, they cause the liver to enhance with metabolism process. How? They offer a temporary rise in normal metabolic functions. With the effects begin to wear off, the body goes back to its original metabolic rate.  Now, when used in conjunction with a healthy diet and exercise regime, it helps the body quickly expel the fat while also increase energy level through fat-released energy and vitamin B-12 properties.

What Ingredients Comprise Of The MIC Injection?

Methionine is an important amino acid and is not made by humans. The amino acid works as a lipotronic agent that helps the liver with the fat breakdown process, reduce the body’s cholesterol levels by ensuring fat doesn’t accumulate in the liver and circulatory system, can prevent and alleviate excessive tiredness and can help decrease the release of histamine.

Methionine, which contains sulfur amino acids is key to many functions in the body and must be consumed through supplementations or protein-rich foods with methionine in them such as:

With methionine injected into the muscle, you attain high amounts of the amino acid that doctors feel provide more effective purging of uncharacteristic fatty deposits. Other methionine benefits include but are not limited to:

Clinical research has shown that it can also improve the liver by affecting the alcohol-induced changes that have been made. It’s been found that the liver’s triglyceride content declined in a dose-dependent manner with a rise the use of methionine.

Inositol, which is also called myo-inositol, is noted as being a carbocyclic polyol, which is the groundwork for secondary and signaling messenger molecules. It’s also entangled with other biological processes such as fat breakdown, a decrease in serum cholesterol, gene expression, etc.

Inositol is not a vitamin since the body can’t produce naturally. Despite this, it’s proven useful for many conditions such as panic disorder, depression, fatty, liver and brain function.

A deficiency in inositol can lead to hair loss, high cholesterol, vision problems and constipation.  It’s naturally found in foods like:

As an intramuscular injection, it’s highly effective in breaking fat down.

This aspect of the injection is useful for the liver in giving it support for its processing and expelling of chemical waste product. It’s also necessary for transport and metabolizing cholesterol and fats – an important component of the cardiovascular, hepatic and endocrine systems.

Several studies have shown the following

Great sources of choline include but are not limited to:

Cyanocobalamin or Vitamin B-12. This vitamin B-12 type is used in Lipo-B injections and has a huge role in DNA replication, which is a normal part of the nervous system and creates blood cells.  An injection with vitamin B-12 can help with body detoxification, production of red blood cells, increased energy, sleep regulation, appetite, healthy liver maintenance, etc.

Vitamin B-12 is often used with other B-vitamins in a complex formula.

Vitamin B-12 is found within the protein of food, and when it hits stomach acid, it’s released. Once this happens, the B-12 pools with intrinsic factor before the bloodstream finally absorbs it. The vitamin is considered water-soluble and is found in an array of foods including:

This amino acid is necessary for the transportation and breakdown of body fat. And, various studies have shown that oral supplementation of L-Carnitine helps in reducing fat mass, preserve muscles in exercise and decrease the fatigue they feel.  Additional research shows how important the amino acid is in the selection of skeletal muscle fuel, which means it is responsible for choosing if muscle tissues use fat or carbohydrates for their energy,

Oral L-Carnitine must have a high dose to aid with the breakdown of fat tissue, as only a minute amount of it is absorbed by the body when taking orally. Injection L-Carnitine means the body absorbs all the nutrients.